What to expect when in Vietnam? Spotlight: Ho Chi Minh City 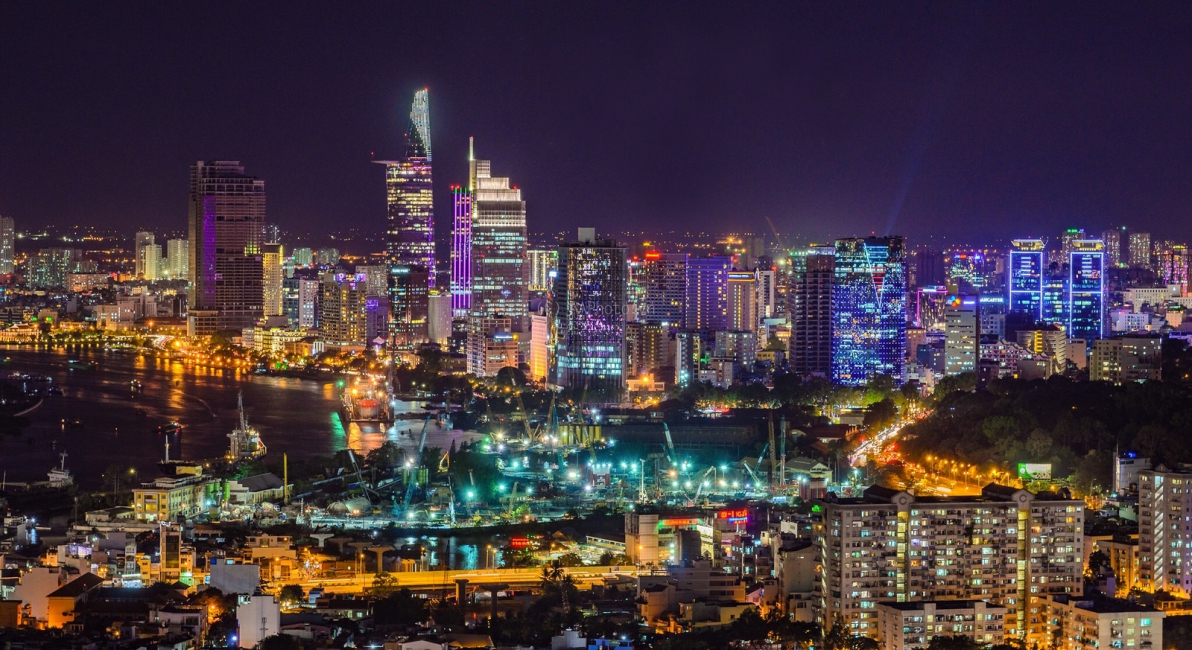 Vietnam is developing, exciting, and diverse. We are introducing the first publication in a series that will give you a detailed picture of Vietnam’s main cities and regions -- what makes them unique, and what their key opportunities and challenges are. The series will start with Ho Chi Minh City.


Pearl of the Far East. Vietnam’s commercial hub. The country’s most modern city. These are only some of the titles describing Ho Chi Minh City (HCMC), better known by its previous name Saigon.

HCMC is what the titles promise: a fast-paced metropolis, with mushrooming high rises and French colonial architecture (which has been unfortunately threatened by the urban development).

HCMC has also been named the world’s 2nd most dynamic city by the City Momentum Index (CMI), prevailing cities / regions such as Silicon Valley, London, New York or Dublin! HCMC was categorized as a “High potential city”, driven by low costs, rapid consumer market expansion and high level of FDI.

HCMC is Vietnam’s biggest city, home to around 10 million people. With the city’s swift GDP growth, it is not a surprise that it alone contributes 20% of Vietnam’s GDP. Almost two thirds of the city’s economic output come from the services sector, followed by 24% from production and construction. Due to the higher labor productivity in HCMC and share of the working population (78% compared to 69% in rest of the country) annual disposable income per capita is twice as high as Vietnam average (around $3,000).

In addition, better education and historically being an FDI high-inflow location are other reasons why HCMC residents are able to spend more compared to their countrymen.

Society and the people

When in HCMC, one will hardly miss seeing young people in every corner of the city. HCMC, and Vietnam in particular, have very young population (median age in Vietnam is just over 30 years, while, as a reference, South Korea and Taiwan have the median of 41 and 40, respectively). HCMC’s youthful people are hardworking and tech-savvy, and are increasingly embracing the Western lifestyle.  In addition, the people are especially fond of foreign brands coming from countries/regions such as the EU, US, Japan or Korea, which are in general perceived as of high quality.

The HCMC community, especially younger generations, are open and welcoming to foreigners. Furthermore, with English language skills of the local people improving, and lessening bureaucracy, doing business in HCMC has become easier for many foreign companies. Based on BDG’s 10+ years of experience, foreign companies have had positive perception of working with local distributors, sourcing partners or Industrial Parks’ management teams. Finally, HCMC has become a home to tens of thousands of foreigners, especially from Korea, Japan and Europe. The inflow of expats and tourists had further strengthen the cosmopolitan image of the city.

Being a developing country, the infrastructure in Vietnam is yet to reach the quality of its more developed regional counterparts.

However, the foundational infrastructure for living or doing business in the city is widely existing. The city dwellers and the businesses operating in the city boundaries (and further outside) nowadays hardly ever experience power or water shortage which used to happen more often a decade or two ago. In addition, HCMC has wide streets and boulevards, which allows hundreds of thousands motorbikes, and tens of thousands cars to move throughout the city, without going through extreme jams, such as the ones in Bangkok, for example. On the other side, the traffic situation is not pitch perfect, with the major shortcomings lying in roads prone to flooding during the rainy season, as well as underdeveloped public transportation.

Motorbikes remain the prominent means to get around the city, however, the number of cars is rising exceptionally. In order to combat the increasing inflow of traffic, and develop the infrastructure, local government has started working on the construction of a Metro system in the city. The first line is expected to start running in 2020. In addition, HCMC will soon see another major project: the new Long Thanh International Airport which is scheduled to start construction in 2019.

Finally, HCMC is served by Cat Lai port, one of the biggest container terminals in Vietnam, which allows export-oriented companies easy access to ship their goods overseas.

HCMC is located in the heart of Southeast Asia (SEA), one of the world’s fastest growing regions of 600+ million people. Within only 1,100 km radius from HCMC, one can easily reach cities such as Singapore, Kuala Lumpur, Bangkok, Hanoi or Phnom Penh with a plane ride of no more than 1.5 hours. Furthermore, within the wider radius of 3,500 km from HCMC lays a market of almost 3 billion people. The city is well connected with daily flights to almost all major cities in Asia-Pacific region (and with some European and Middle-Eastern cities too), such as Tokyo, Taipei, Seoul, Hong Kong, Beijing, Shanghai, Sydney etc.

1. HCMC provides a potentially ideal starting point for international companies that intend to distribute their products and/or services in Vietnam. We base this reasoning on the city’s growing economic power, openness towards foreign products, and its 10 million-strong citizens. Compared to other parts of Vietnam, HCMC’s people can be seen as early adopters, thus initially offering products / services in HCMC and getting first understanding of the market would be a sound strategy. In addition, because of its strategic location, HCMC can be an ideal spot to manage ASEAN-wide operations.

2. Manufacturing has become Vietnam’s main source of exports, and has helped the country to significantly boost its GDP growth during the previous decade. Foreign companies interested in establishing manufacturing sites in the outskirts of HCMC have to understand the implications of such a decision. On a positive note, it would be easier to find high-skilled employees, especially engineers and managers, compared to when setting a factory in one of Vietnam’s provinces. On the other hand, this move would imply higher costs for factory set-up and operations, especially related to land price and worker salaries (HCMC salaries can be two or more times higher compared to other provinces). In addition, due to stronger competition for factory workers, companies that need large number of employees could face struggles.

Finally, operating in HCMC can be a viable option, depending on your industry. We can take an example of Saigon Hi-Tech Park, where Intel, Samsung or Jabil are operating for a number of years. On the other hand, many foreign companies nowadays choose to set up their operations in HCMC’s surrounding provinces, such as Dong Nai, Binh Duong or Tay Ninh, where certain drawbacks of HCMC are surpassed.

3. Since the cost of manufacturing has been increasing in China over the last decade, and with companies wanting to lower dependency on Chinese suppliers, Vietnam is now seen as a viable sourcing alternative to its northern neighbor. Although finding sourcing partners within HCMC might be a tough task, it is highly feasible in the neighboring provinces where majority of the industry is located. For that matter, HCMC can be seen as a starting base for Vietnam sourcing activities, where companies locate their teams and manage sourcing operations.

If your company is thinking to enter HCMC’s market, but you yet feel uncertainties about this move, or have additional questions, contact us! Our team will gladly discuss the open questions, and help you with HCMC market entry!

For additional information and publications, please visit our webpage: www.bdg-vietnam.com