What to expect when in Vietnam? Spotlight Hanoi 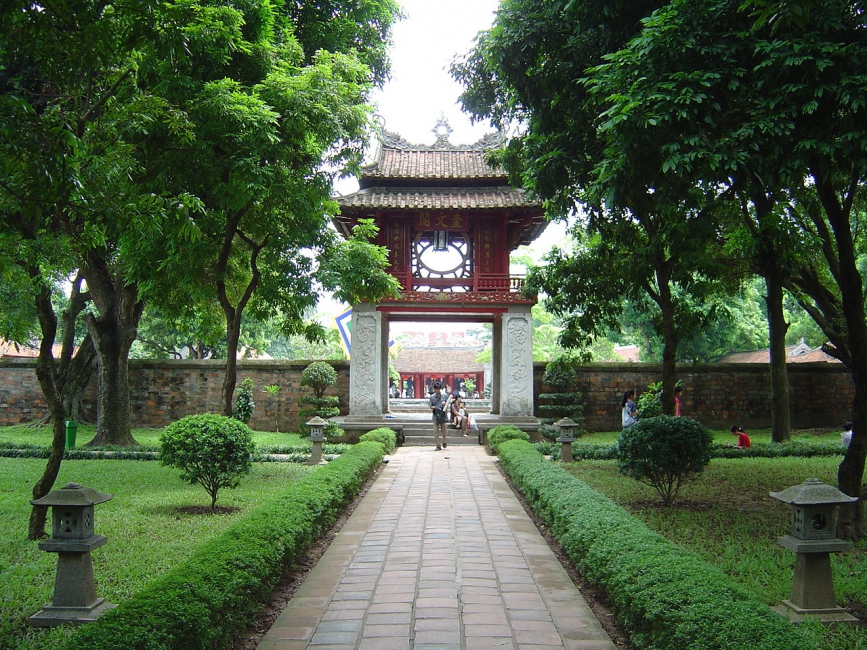 In our second part of ‘What to expect when in Vietnam?’ series, we are happy to present Hanoi, the capital of Vietnam.

If you have missed our first publication of the series focusing on Ho Chi Minh City, you can find it here.

When in Hanoi, instead of a purely westernized metropolis, you will be greeted by a mix of old and new, deterioration and renovation, history and modernity. It is a city with a charm, complimented by developing facilities and infrastructure.

Hanoi is Vietnam’s capital, and the country’s cultural center. It is the city of a millennia-long history, where culture and tradition are highly cultivated by its residents. If Ho Chi Minh City (HCMC) can be called the “Pearl of the East”, Hanoi can easily carry the tag of the Paris of the East, with its rich and well-preserved French colonial architecture.

Apart from its political and cultural importance, Hanoi is a developing city, with many opportunities for international companies.

Hanoi has the population of 7.5 million people, making the capital the second biggest city in Vietnam. Similarly to HCMC, Hanoi’s GDP growth is swifter than Vietnam’s average, capping at 8.3% growth in 2016 (see Table 1 for more details). By the end of 2017, it is expected that the average annual income in Hanoi will increase to $3,900. FDI reached its highest ever, with $2.8 billion flowing into the local city economy.

Similarly to HCMC, Hanoi was ranked among top 10 most dynamic cities in the world (8th position) on the JLL City Momentum Index (CMI). According to the JLL’s report, Hanoi is seen as an emerging, high potential city, with fast growth in retail and residential sectors. On the other hand, CMI sees the lack of world-class higher education institutions and technology skills as main factors that may slow the capital’s transition towards a higher-value added economy.

Doing business in Hanoi has become more straightforward, compared to just a few years ago. An example is Hanoi’s rise on the Provincial Competitive Index (PCI) ranking. PCI assesses and ranks how well the provincial authorities create a favorable business environment for development of the private sector. See Hanoi's ranking for the previous 5 years here.

Society, people and life in the city

Hanoi’s population of 7.5 million people is young, with a median age of only 30 years old. As a general observation, Hanoians are seen as reserved and traditional. In everyday communication, attitude is conveyed through each gesture. Hanoians have strong emphasis on respect, especially in communication with the elders and superiors, properly addressing each other according to their ranks.

However, through time, Hanoians’ lifestyles have evolved. Although tradition still plays an important part of people’s lives, it has been streamlined to accommodate modern changes. Young Hanoians place strong emphasis on family relationships and courtesy, but are also more dynamic and active in adopting new technologies and influences coming from the West.

People originating from various Northern provinces have been moving to Hanoi for decades, settling down in the capital, and making up a huge share of Hanoians nowadays. In order to make a living in a large city, they work very hard and save a lot. This is one of the reasons why Hanoians are known to be industrious and practical.

Unlike the rest of Southeast Asia, Hanoi is in the area with subtropical climate, which means the city experiences four seasons with great variations in temperature throughout the year. Although the temperature during winter is on average 15°C, the humidity and the lack of heating in buildings make it exceptionally cold. On the contrary, average temperature over the summer reaches 32°C. Because of living in such a volatile climate, people tend to plan in advance.

Regardless of Hanoi’s large population, the core of the city is compact, which creates a feeling of a smaller city. With this is mind, it is important to emphasize that the city authorities devised a strategy to develop five satellite urban areas in the outskirts of the city. This approach allows better preservation of the rich historical neighborhoods of the city, and will, with better developed public transportation system, allow less pressure and congestion of the inner city in the future.

Similar to any other place in Vietnam, motorbikes are the main mean to get around the capital. However, with the citizens’ increasing wealth, cars are becoming ubiquitous in the capital, which puts constrains on the city’s current infrastructure, and creates more prominent traffic jams (only 9% of land in the heart of Hanoi is given over to primary and secondary roads, compared with 32% in Manhattan). To fight stubborn traffic issues, the city is seeing two main projects, namely the recently implemented Bus Rapid Transit (BRT) system, as well as the construction of the metro/light rail, with the first line scheduled to depart at the end of 2017.

One the other hand, the downside of the economic development, increasing number of vehicles on the streets and the mushrooming industrial zones is bad air quality. This is one of the main issues the capital is and will be facing in the years to come.

1. Being Vietnam’s second biggest city, and having higher average annual income than whole Vietnam, Hanoi presents a great location for distribution of foreign products. However, Hanoi’s society in general is more conservative than the one in HCMC. This means not all products would have the same level of acceptance from the customers. As an example, if your company is producing an innovative and significantly different product than your competitors, and there are no similar products in Hanoi’s market, the success of your endeavor would be more risky than when offering a product that is widely understood and used. This is owing to Hanoians’ propensity for traditional products and brands. A valid approach to this situation would be to first perform an in-depth market analysis of both HCMC and Hanoi markets, and potentially launch a product in the south first (see under Market entry opportunities in HCMC). Once an international company would get the first experience with HCMC and Vietnam in general, it would get a better understanding when is the right time to move to the north.

2. Companies that are interested in opening a manufacturing site in Hanoi have the option of locating their factory outside of the city, or in neighboring provinces such as Bac Ninh, Tay Nguyen or Hung Yen.

Since the end of previous decade, global electronics manufacturers, led by Samsung, established their presence in the area (see our previous publication on Vietnam’s electronics sector). With electronics sector being in the forefront of the industrial development in the north, opportunities are wide for international companies that can operate as suppliers to the big manufacturers.

The positive side of opening a factory close to Hanoi is the abundance of educated workforce, developed infrastructure, and the proximity to the airport (for example, Samsung is operating its own cargo terminal at Hanoi’s Noi Bai international airport). In addition, average salaries are slightly lower compared to HCMC, an important factor for companies operating in labor-intensive industries.

3. It is already widely known that over the previous decade, manufacturing costs in China grew significantly. Many international companies dependent of the Chinse suppliers had to look for manufacturing partners elsewhere. Vietnam rose as a strong contestant. Nowadays, the country is seen as one of the most optimal alternative sourcing markets for China-based manufacturing. For foreign companies looking to source from greater Hanoi region, opportunities are abundant in sectors such as:

If your company is thinking to enter Vietnam, but is still feeling uncertain about this move, contact us! Our team will gladly discuss the open questions, and help you with Hanoi market entry!

For additional information and publications, please visit our webpage: bdg-vietnam.com

What to expect when in Vietnam -- Hanoi.pdf (1.2 MB)
Tell a friend
Print