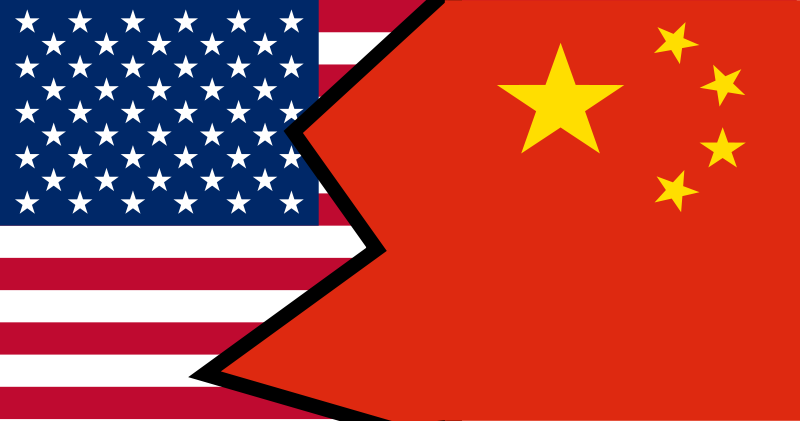 Positive and negative effects of the trade war between the world’s two biggest economies on Vietnam.

Donald Trump, during his presidential campaign, argued that China was taking American jobs and pledged to correct the growing trade deficit between the two countries by imposing high taxes. Now, after his inauguration as the U.S. President, he started to fulfill his promise. In response to Trump’s tariffs, China retaliated immediately with a similar-sized set of levies. The overview of major events is shown below. 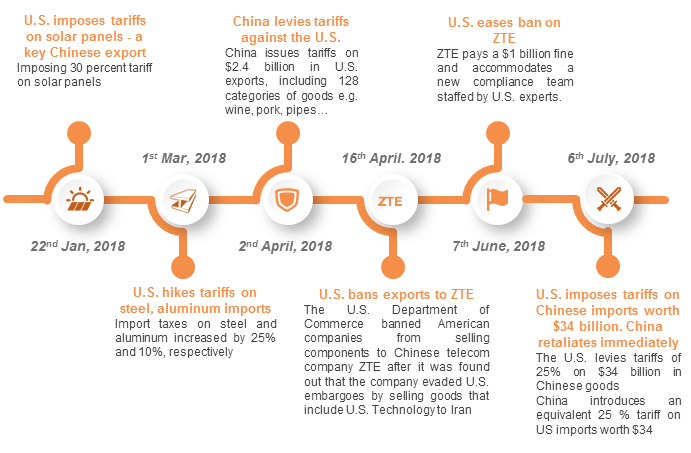 B.     NEGATIVE IMPACTS OF TRADE WAR ON VIETNAM

China has become Vietnam's largest export market since January 2018 with total export turnover of US$3.708 billion, a 106% year-on-year increase, according to the General Department of Vietnam Customs. One of Vietnam’s key export items to China are electronic components which China uses to make products to export to the United States. If the demand for Chinese products falls, Vietnam will suffer too.

In order to boost China’s export competitiveness on the international market, China’s central bank allowed it currency to drop against the USD. Therefore, Chinese exported products will be cheaper than before and Chinese enterprises are likely to take this opportunity to export larger quantities to Vietnam, which will hurt local manufacturing.

1.     Many investors may leave China for Vietnam to avoid high tariffs

China is no longer a low-cost sourcing destination. Wages in China have been rising at the highest pace in Asia. Especially in the current situation where China is suffering high taxes from the U.S., its market is gradually becoming less attractive to investors. Meanwhile, other developing countries with lower costs like Vietnam can take this opportunity to redirect investments from China to them. Recent report on Vietnam’s business environment of the American Chamber of Commerce (AmCham) showed that Vietnam is becoming more attractive to investors. Up to 36 percent of surveyed U.S. companies said they wanted to expand their business in Vietnam, compared to 21 percent in Thailand and 19 percent in Malaysia.

2.     Opportunities for Vietnam to export to the United States and China

Fall in American imports from China could leave a gap, which can be filled by Vietnam. Experts at Deutsche Bank Hong Kong forecast that exports from Vietnam to the US might increase by 1.7%.

Furthermore, China imposed high tariffs on U.S. pork, which means U.S. pork exports to China will decrease. This is definitely a great opportunity for Vietnam as China has huge demand for pork, said Doan Xuan Truc, vice chairman of the Animal Husbandry Association of Vietnam.

US-China trade war is on one hand hurting Vietnam’s economy but it also brings benefits to the country, especially in terms of investment attraction. US-China trade war is causing investors to consider moving their investment from China to other Asian countries e.g. Thailand, Malaysia, Vietnam, etc. Out of these alternatives, Vietnam has an improving business environment – this improvement has been noticed by Japanese companies, for example, who now prefer Vietnam over Thailand. BDG believes that Vietnam has good potential to attract more investment as a result of the trade war in the coming years.