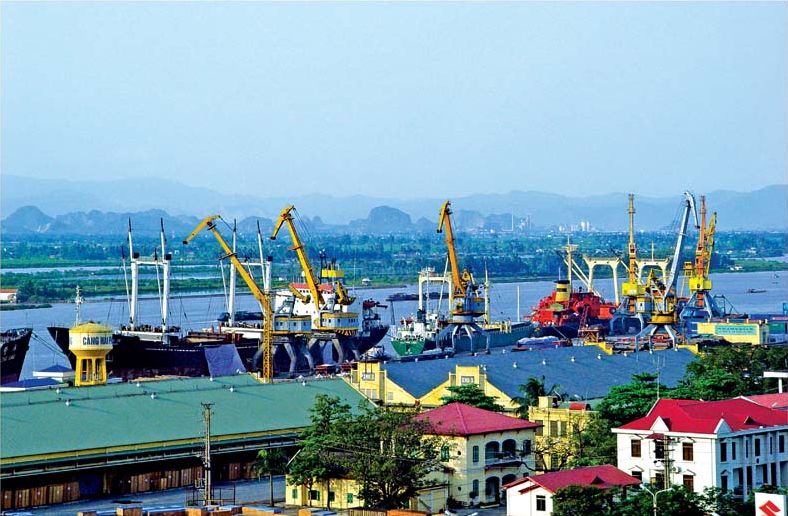 Haiphong will soon become one of Vietnam’s key maritime centers

The city of Haiphong, one of the largest in Vietnam, will celebrate opening of a brand-new deep-water port this month, Lach Huyen International Gateway Port (LHIP). This event will allow the city to become the key maritime link in the country’s north, while enhancing Vietnam’s overall position in the global supply chain.

Haiphong is already an important Vietnamese manufacturing center, especially when it comes to electronics. Companies such as LG, Fuji Xerox and Meiko are operating in the city’s industrial parks, and are using the existing port, located on the river Cam. However, the current port cannot take large container ships, due to the river’s relatively shallow waters (maximum seven meters deep).

LHIP’s construction started in 2013, with the costs reaching $1 billion. The port will be located on the sea shore, where the water depth reaches 14 meters, allowing larger container ships to dock. LHIP will have two container cranes, and will be able to handle around 300,000 20-foot equivalent units (TEUs) once it opens. By 2019, the port will handle between 2 and 3 million TEUs, once the capacity is further developed. Recently, Vietnam’s Prime Minister Nguyen Xuan Phuc has mentioned that Lac Huyen port will become one of the main factors in Vietnam’s maritime strategy.

With the old and the new port, Haiphong will be able to process around 5 million TEUs, a similar amount compared to Ho Chi Minh City’s port in the south (in 2017, the city’s port handled almost 6 million TEUs).  In comparison to other Southeast Asian (SEA) countries, Haiphong’s processing strength is significantly weaker compared to Singapore’s port, the largest in SEA at 33.66 million TEUs. However, it will be comparable to Thailand’s largest port, Laem Chabang, which can process 7.78 million TEUs.

With the increase of its economic importance, Haiphong has seen new infrastructure developments in the recent years, such as the upgrade of its airport, and the new expressway connecting it with Hanoi. In addition, another new highway will be finished this year, linking Haiphong to Quang Ninh province, where many Japanese-owned companies have their operations.

Many products manufactured in the north of Vietnam for North American and European markets end up being shipped via Singapore or Hong Kong. However, Mitsui O.S.K. Lines, a Japanese maritime transporter, is planning to establish a direct lane from Haiphong to North America. The company expects the exports to further grow under the newly-established CPTPP, as well as other free-trade agreements.